AFI - Cinematographer Haskell Wexler on the Responsibilities of Filmmakers

Haskell Wexler and His Cameras 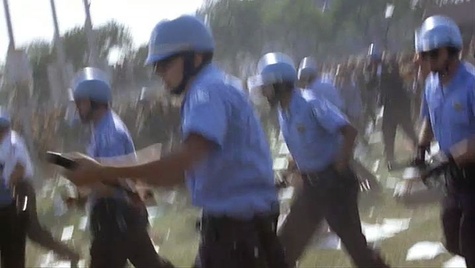 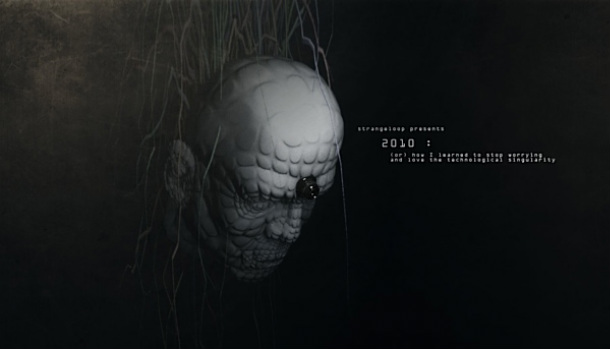 THE INSTITUTE FOR CINEMA STUDIES and BRAINFEEDER present ::

2010 is about a dystopian alternate universe where an A.I. Deity has become imprisoned within its own Ego. It discovers a transcendental media living within an archaic laptop, which upon viewing, facilitates its spiritual evolution.

2010 is a sci-fi project constantly in flux.

In a live context, I perform a 2010 audio-visual set as a narrative that I add to and augment as time goes on. The world premier was at the 2010 Ann Arbor film festival, before I re-scored Heaven and Earth Magic with Flying Lotus…which was a lot of fun!  The Los Angeles premier was at Brainfeeder Sessions IV after Kode 9 gave his incredible talk on Sonic Warfare.  It’s a different kind of cinematic narrative, because in a live context, it changes every time you watch it. Literally.

Flying Lotus had always suggested to me that I try some VJ sets of purely my own work, and the idea had excited me, so this is the outcome of diving into that.  All the visuals & music in 2010 are original material, some of which were created in collaboration with artist Leigh J. McCloskey, the visionary painter behind Flying Lotus’s new album artwork for Cosmogramma.

I’m thinking about allowing the 2010 audio/visual set to grow and accommodate its utopian counter-part narrative Easy Listening for our Future Children, my upcoming Brainfeeder LP.  Consider whatever you hear & see to be a completed work in progress, meaning that it is meant to change, in a live-environment, and in different re-contextualizations.

I’m planning on making a version of the full 2010 film to release in a limited run of 300. They will be hand-numbered and signed, and the person who receives an anomalous copy labeled “#2010″, will get unreleased bonus materials, and a chance to destroy my television set!

Order your very own first edition DVD of Strangeloop’s 2010 today!  This limited run of 300 discs will be personally signed by Dr. Strangeloop himself!